The Chinese Dragons in Latin America 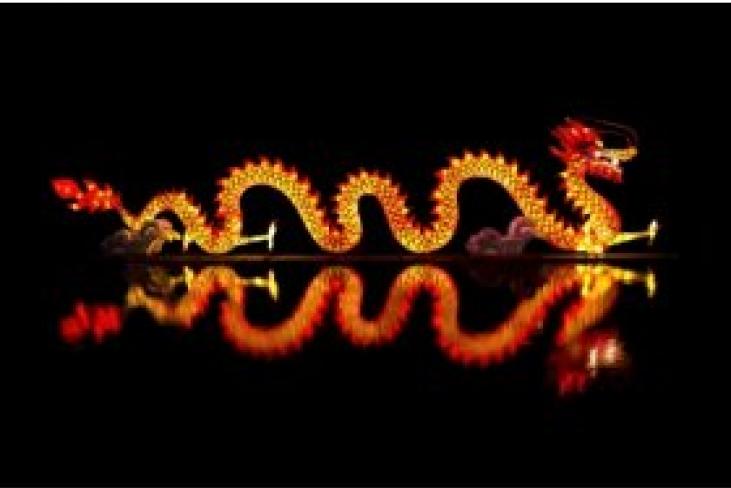 “The capabilities to succeed in emerging markets will be decisive in the next round of global competition” (Williamson & Yin, 2009, p. 78).

Since the start of the reforms by Deng Xiaoping in 1978 the world’s economy has witnessed two major changes about China. First, the opening of the economy to foreign capital which made China one of the largest recipients of foreign direct investment in the 21st Century and transformed the country in what is now known as “the factory of the world”. Second, the international expansion of Chinese companies first into developed economies and then also to emerging markets that is transforming China’s firms (dubbed the Chinese Dragons) into global players.

This international expansion started to attract the attention the media and specialised publications mainly when Leonovo acquired the former IBM PC Company Division in 2005 for approximately US$1.75 billion. Other international acquisitions of well-known brands by Chinese firms were made public at that time, like Nanjing Automobile’s acquisition of MG Rover in the UK, or TCL’s joint venture (called TTE, TCL and Thomson Electronics) with Thomson France to manufacture RCA and Thomson TV and DVD products. This first wave of acquisitions was followed by a string of Initial Public Offerings (IPO) Chinese state-owned and private enterprises that also attracted the attention almost everyone in business. Examples of these are the flotation in October 2006 in Hong Kong and Shanghai of the Industrial and Commercial Bank of China (ICBC) which after raising US$21.9 billion for a 17% stake became the world’s largest IPO (attracting more than US$500 billion in orders worldwide and eclipsing the $18.4bn flotation of NTT DoCoMo Japan in 1998), in 2010 the Agricultural Bank of China’s IPO also in Hong Kong and Shanghai became the world’s largest, and then in 2014 Alibaba’s IPO in the NYSE took the top position as the world’s largest. Nowadays, news of Chinese companies visiting different countries on a shopping spree are found in almost every newspaper and magazine.

The “desembarco” in Latin America

The opening of Chinese business in Latin America is not a new phenomenon, many countries like Argentina, Brazil, or Peru have been receiving Chinese and their business for a long time. However, what is new is that Latin America has become one of the main destinations for Chinese outward foreign investments in the last years. At the beginning there were speculations that these investments were mainly (or only) to exploit the natural resources abundant in the region. But then companies in other industries started to disembark in Latin American markets. As it has been seen with most trade China to different regions, commerce with Latin America started to grow at above average rates after China’s accession to the WTO. But a strong push to this relationship happened after President Hu Jintao’s visit to the region in 2004 and the following string of visits Latin American presidents to China.

The internationalisation of Chinese firms to Latin America also seems to have followed two stages. A first stage went around 2001 to 2007 and a second stage 2007 onwards. The first stage was dominated by Chinese state-owned enterprises looking for natural resources, presumably with a strong support the government, and a trade surplus for South American countries. In the second stage the trade balance (especially with South American countries) has changed sides and is posting a surplus for China while many private-owned companies different industries are starting to invest in Latin America.

For the first stage the Chinese government seemed to have taken a more direct participatory approach what has been seen in developed countries, as most of the investments were committed by China’s government itself rather than by a group of state-owned or multinational companies. This support outside the country can also be seen in the fact that the Chinese government is actively pursuing the signing of treaties and trade and investment agreements with Latin American. For example, by 2006, China had signed agreements with 32 countries or groups of countries in Africa, Asia, Latin America, and the southern Pacific which represented 25% of the country’s total trade in 2005. This indirect support was also seen in the publishing by the Chinese government of a White Paper on Latin America. This was the first-ever white paper on the region and one of the first to appear on China’s relations with international actors in the last decades.

During this first stage several multimillion dollar agreements were signed between Chinese SOEs and Latin American companies (mainly state-owned too). Examples of this are the agreement for up to US$2 billion to obtain financing in return for the long-term supply of copper signed between China’s Minmetals and Chile’s state-owned company Codelco (the world’s largest producer of copper) funded by China’s Development Bank, the agreement between China’s Baosteel and Brazil’s Vale do Rio Doce (the world’s largest producer of iron ore) for US$5 billion to build a steel slab plant in South Brazil (later cancelled due to the financial crisis), or the agreement between Petróleos de Venezuela S.A. (PDVSA) and China National Petroleum Corporation (CNPC) for the creation of a US$6 billion fund to finance joint oil-related projects.

The second stage has been most likely the result of efforts made by small, medium and large companies in the manufacturing sector that have been successfully exporting their products to Latin American markets. These companies have been taking the next steps in their internationalisation process, going exporting, to contracting and then FDI. This means that Chinese firms are acquiring strategic assets and capabilities extending their value chains to Latin America with, for example, the acquisition of local brands, distribution channels or retail services to market their products.

Good examples of this are Chery, the car manufacturer Anhui Province, that started to assembly its QQ model in Latin America with local partners to be sold in South America; Tiens, the pharmaceutical company Tianjin, that has established direct sales networks in Argentina, Brazil, Colombia, Ecuador, Mexico, Peru, and Venezuela; Refinex, the silicone implants company founded in Shanghai, that is selling its products throughout Latin America adapted to the size and weight of local customers; or GREE, the world’s largest residential air-conditioner manufacturer Guangdong Province, that established a manufacturing facility in Brazil.

During this second stage investments by Chinese state-owned enterprises in natural resources have continued. For example, in March 2010 CNOOC purchased oil company Bridas in Argentina for an estimated US$3.1 billion. And then in October 2010 Sinopec took a minority stake in Spanish Repsol YPF’s subsidiary in Brazil for US$7.1 billion to exploit its oil deposits in the South American country.

One of the first studies on the Chinese dragons in Latin America showed that companies (for both, stage one and stage two) were mainly invited (pulled?) to go abroad by a Latin American partner with whom they then became engaged in JVs. Within the context of these agreements the Chinese firms then acquired the capabilities of the local partner and started own operations in the host market.

All in all, Chinese investments in Latin America up to 2007 seem to be mainly resource-seeking FDI, but the current trade and investment trends between the countries show that market-seeking FDI is slowly finding a place. After all, the state-owned enterprises’ projects in natural resources, the investments in infrastructure, and the trade agreements cannot only serve to feed China’s growth with raw materials and food Latin America, but also to improve access to Latin American markets for Chinese products.

The fact that Chinese companies have displaced Mexico as the United States’ main trading partner tends to suggest that firms China possess some advantages that they are now using to compete in Latin American markets, especially in the low and intermediate technology manufacturing sectors these countries have competing export baskets. The growth in manufacturing exports China to the region seems to confirm this advantage.

This apparent higher competitiveness in relation to Latin American companies can partly be explained by country-specific advantages, such as: (i) a higher rivalry in the domestic market China is a much more open economy than most emerging markets and particularly more open than most Latin American countries (maybe with the exception of Chile), (ii) access to state-supported research, (iii) domestic cost advantages, (iv) institutional factors, and/or (v) economies of scale a large domestic economy and market.

But, what about firm-specific advantages? The trade figures and the industries/products (low and intermediate technology manufacturing) companies China are gaining market share, tend to suggest that the competitive capabilities of these firms are stronger than those of Latin American companies. Some of these advantages have probably been transferred to Chinese firms through OEMs or JVs, and now China’s enterprises are using this enhanced competitiveness to enter new markets in other emerging countries. Latin American companies have also taken part in arrangements similar to the OEMs or JVs (maquiladoras, for example); however, export/import figures suggest that firms Latin America are a little behind their Chinese competitors.

It is early to make conclusions about the competitive performance of Chinese dragons vis-à-vis the Latin American companies as they have been competing only for a short period of time. But the emerging evidence seems to suggest that Chinese MNEs, based on both country-specific and firm-specific advantages, are stronger in the manufacture sector and therefore are outcompeting their host country rivals.

The development of the Chinese dragons and their internationalisation to Latin America is a process in a constant state of flux. For this reason, it is early to make conclusions on their competitive performance vis-à-vis their Latin American counterparts. Having said this, it will be interesting to keep a close eye on the development of the Chinese dragons in Latin America, an environment that has been described as challenging for business and its changing nature has affected the performance of large foreign investors. In particular, Chinese dragons will likely face some of the following challenges in their operations in Latin America: (i) they will be operating in a region the presence of ethnic Chinese networks is still low (South America may be one of the few places in the world Chinatowns are still scarce!); (ii) Latin America presents an important psychic distance; (iii) trade and investments seem to be geographically dispersed in a large continent communications are not easy; and (iv) Chinese companies tend to operate in a relatively more centralised fashion which could eventually prevent them making decisions locally and adapting smoothly to changes in the business environment.