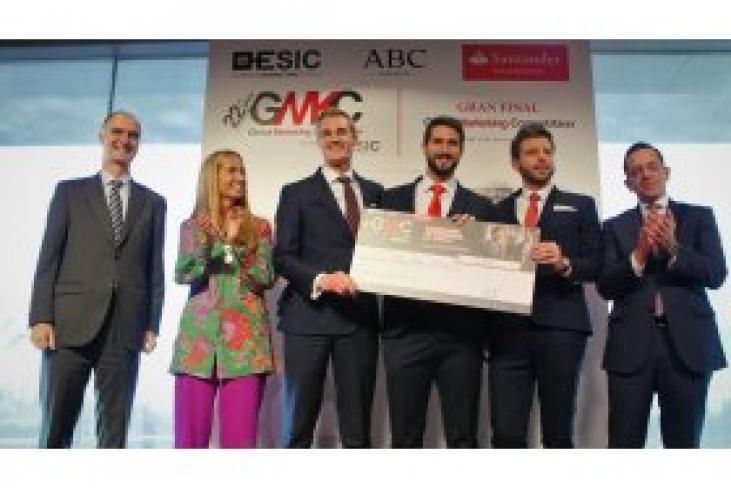 The Santander Group of Boadilla del Monte (Madrid) held the grand finale of the 22nd edition of the Global Marketing Competition (GMKC), the largest business competition for students at the international level and the only one that brings together the 3 most important international business school associations in the world, such as AACSB, CLADEA and EFMD, organized by the ESIC Business School and in collaboration with the ABC newspaper and Banco Santander, through its Santander Universities Global Division. 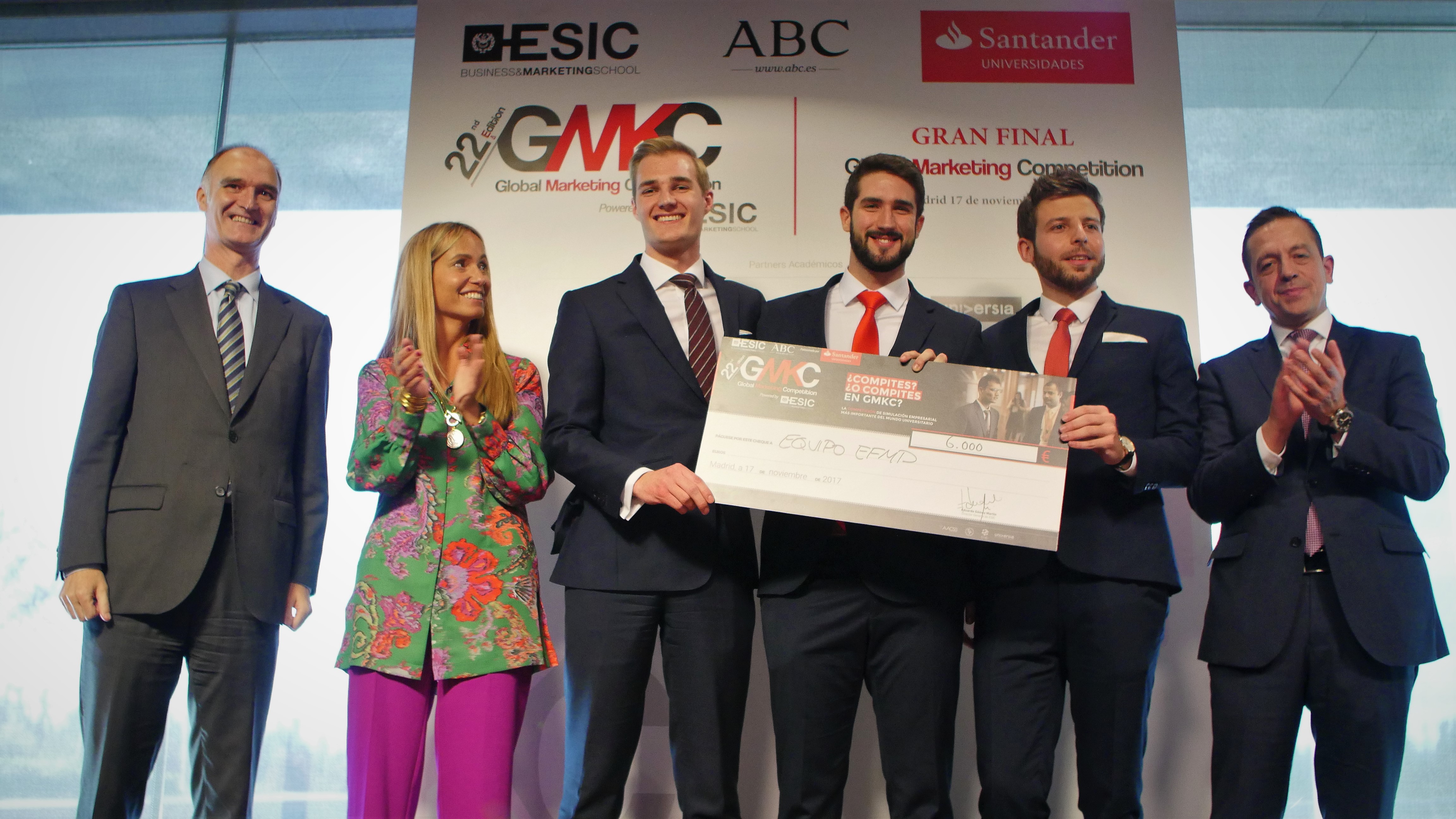 In this new edition, five finalist teams, more than 2,000 trained by 5,120 students 881 universities and business schools in 89 countries, defended their business project for several months before an International Academic and Professional Board. via a simulator in which they had to deal with real world problems

The European team formed by Jose María Alba Ríos, of Spanish nationality and student of the Finnish University Samok, the German Yannick Enderlein of Technische Hochschule Nürnberg and the Bulgarian Georgi Ivanov of the Nuremberg Institute of Technology, was proclaimed as winner of the business competition, receiving an award of 6,000 euros and a specialized ESIC master for each of the team members.

The members of the winning team were "euphoric" after receiving the coveted award. "We have worked hard as a multicultural team to get here and it is the best prize we could receive", said Jose Maria Alba, validating an effort “compensated with rewards". For his part, Georgi Ivanov recommended this "wonderful experience we have learned a lot, because the simulator gives you an overview of the company, and that is priceless".

These young people prevailed over the team consisting of Nongluck Nopparattanawong and Sikornron Wattanasarn, students of Chulalongkorn University of Thailand, which was second in line with a prize of 4,000 euros, and the third finalist, trained Ignacio Arqueros Chevalier, Diana Sánchez Candil and Ignacio Rodríguez de las Cuevas, students of the Carlos III University, URJC and ESIC, respectively, who received a prize of 3,000 euros.

In fourth place was the team consisting of Oscar Masana Pavon and Carlos Soto Rubio, students of the QRM Institute Training Center and the EAE Business School, with a special prize of 2,000 euros, while the Russian team formed by Iulia Stepanova, Alexandra Tokareva and Ekaterina Polkovnikova, students of the Novosibirks State Technical University, won fifth place, receiving a prize of 1,500 euros. 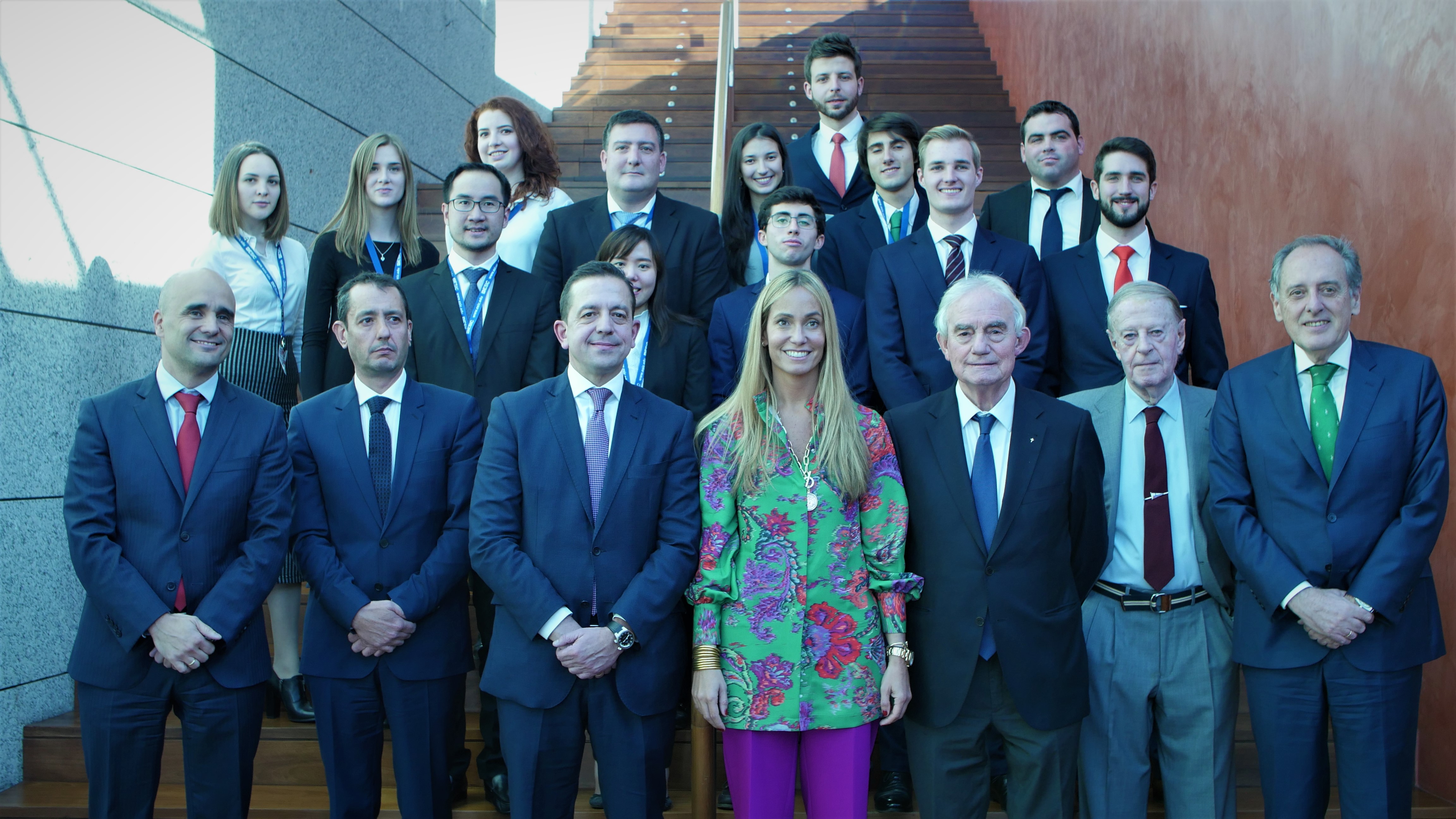 All the finalists agreed to highlight the high teachings derived the competition, mainly in relation to teamwork and confronting adversities, and acknowledged that "the road traveled thus far" has already led to an "unforgettable" experience.

For Javier Caballero Urquizu, ABC's Managing Director, "the business simulator is a very valuable tool to try to a better society young students all over the world can have a strategic vision of the company. Supporting this 100% Spanish initiative is to support society in any way, a society that is changing at breakneck speed. " In fact, said Caballero, "there have been more changes in the last seven years than in the last 100 years. ABC, we face these changes with values and principles, which are the same ones that inspire the simulator ".

For her part, Susana García Espinel, Director of Santander Universities and Universia Spain, stated: "We have been working with the university sector for almost twenty years and the Global Marketing Competition of ESIC has established itself as the 'laboratory' of international reference in business management, young students and professionals all over the world carry out real-life situations in a global market, as learned in the classroom. Thus, we could say that the simulator is the most effective 'incubator' of managers and professionals of the company prepared for a dynamic, competitive and global environment ". He added "our commitment to the simulator is a great show of Santander for higher education, for the impulse of talent, in short, for the progress of society."

For his part, Felipe Llano, Deputy Director to the Director General of ESIC, said that the Global Marketing Competition "is a magnificent school of entrepreneurs and a complement to the theoretical training that occurs in the university, making it much more practical for students that participate in it to familiarize themsleves with the business world. Without a doubt, this simulator enhances the business and international vocation of the School ".

Global Marketing Competition (GMKC) is an international competition that aims to strengthen the ties between the academic and business world. It is aimed at students with university careers, graduate programs, as well as students of MBA or doctoral programs, stemming public or private institutions. An effort that has been compensated by the great recognition that the School offers in all areas related to Marketing, both nationally and internationally.

Thanks to the GMKC simulator, teachers and students have a test laboratory available at the highest level, which allows participants to prepare and be tested on the issues necessary to deal with the business world, the real world.